Confessions of an Absolute Neophyte

Confessions of an Absolute Neophyte

An eight-cigar journey and a search for a clue.

I smoked my first cigar (and my hundredth) about 30 years ago, machine-made, bought at grocery stores. I was working at a hog farm, and one of my workers told me that the smoke made the boars breed better. I think he was just looking for an excuse for us to smoke cigars all day. It was a pleasant enough way to pass the time, but when I left the farm, I left my cigars behind.

I recently decided it was time to try again, and to do it right this time.

The whole point of smoking cigars, of course, is to relax, reflect, and savor. It’s a form of meditation, not something you blast through in a hurry while you’re doing something else. It’s not about the nicotine hit, because if you’re doing it right you’re not getting much of that.

Come to think of it, if you herf five or six Churchills every day and you’re not in the cigar business, you’re probably doing it for the nicotine hit. But the rest of us are smoking to relax, reflect, meditate, and savor the experience that an army of artisans and craftsman has spent a lifetime perfecting.

To start this journey I went back to sampling various machine-made cigars, smoking them properly and learning what appeals to me. We all have our own preferred sizes and flavor profiles, which is why we’re fortunate to have such a wide selection.

On the machine-made front I settled on cigarillos because apparently my attention span is still too short, with a flavor profile probably described as fruity. Now on to the bigger, hand made, premium smokes!

Ideally I’d embark on this journey in the company of brothers and sisters of the leaf, basking in their knowledge and fellowship, although literal handholding should be avoided. But that just wasn’t practical.

Please give some love to your local mom and pop cigar stores. They need you right now. The sole such establishment in my new hometown needs me right now, but between my crazy new schedule and the pandemic – mostly my new schedule – I failed them and ordered online. I know better and I promise to make amends at the end of this journey.

I opened my sampler pack of discount handrolled cigars and decided to start as far away from my preferred profile as possible. That led me to the biggest cigar in the pack. Way outside what I thought of as my preference, and that was deliberate. Shock the system, reboot everything, and see what happens. Go big or go home. Well, I’m smoking them at home, but you get the idea.

The Bahia Maduro is a 7 x 54 beast from Nicaragua. “A medium-bodied blend in a 3-yearold Habano binder from Nicaragua with a dark and oily Connecticut Broadleaf wrapper.” Or so I read after smoking it, which made me inordinately proud of myself for concluding after the first draw that the word I wanted for this bad boy was, in fact, oily.

Further reading after my smoke indicated thick plumes of heavy flavor, a rich tobacco core, and notes of coffee bean and earth. Yep, that’s what I tasted.

Halfway through, however, I was struck by a rather bitter flavor and realized I was no longer enjoying it. So I paused to brush my teeth, which I know is complete and total blasphemy, then went back to it.

Yeah, I know, you stop whenever you think you’re done, but I couldn’t stop with that much left, and it did become pleasant again, so apparently I wasn’t done yet. I stopped when I was done, slightly before the band.

So I paused to brush my teeth, which I know is complete and total blasphemy, then went back to it.

Did this happen because I cut it wrong, I don’t have a cutter so I used scissors? Because it needed more flame? Or is this the price I pay for shopping in the bargain bin and getting a stale old cigar?

In the final reckoning, I learned that an oily/ coffee/earth flavor profile might also suit my personal taste, and that if this is medium-bodied I should probably avoid anything called full bodied. Research is fun.

I enjoyed the first half of the cigar, but I equally enjoyed realizing that I only ordered one of this particular blend.

I was in the mood for something smaller. This cigar, whose brand I didn’t recognize, had a huge band that hogged up so much of the cigar that I removed it first. The fact that it didn’t fall apart while taking off the band was a promising start!

I was met with an uncomplicated flavor profile of tobacco, with notes of tobacco and more tobacco. As the cigar burned down, the flavor profile was one of tobacco, remarkably consistent that way. It’d probably pair well with champagne and a locker room victory celebration because it’d give you something to do with your hands. The ash was impressively long. You could win contests with this thing. And best of all, no toothpaste required.

It was a K. Hansotia Sherpa, and while I enjoyed it, I’m starting to realize that nothing I smoke on this journey is likely to join my regular rotation when I settle on one.

So now I’ve confirmed that a medium-bodied cigar suits this particular smoker. I filed that information away in what’s left of my memory and wondered what the next cigar would bring.

And no, I’m not smoking these back to back. That’d just be crazy.

Five inches long, light brown wrapper, a band that easily slides off, a good clean cut so I don’t blast myself with smoke and flavor. I’m making progress here. I even remembered to put on a shirt before I went out onto the balcony. No need to frighten the neighbors.

This was a fine, smooth, pleasant smoke. Also a reminder that when I discover my go-to cigars, and my special occasion cigars, they’ll all be shorter than 5 inches with a smaller ring gauge than 54.

More tightly bound than its predecessors with a slightly uneven burn. I had to put my trusty Bic to it a few times to keep it lit. Yeah, I know, not the best tool for the job. Something in the flavor made me think that it might be stale or maybe that’s just the way it tastes. Either way it pairs well with coffee.

If you pay just over a dollar for a cigar, and you still can’t stop halfway through because you paid good money for it, that may be a window into your very soul.

Did this happen because I cut it wrong, I don’t have a cutter so I used scissors?

This cigar was a Macanudo. I started to think that maybe I could enjoy this cigar with my morning walk, but that’s not legal here. I never understood this. Would it upset the alligators in the lake?

Can I stop now? I doubt I’m going to learn much else from this little project of mine and I’m starting to miss my cigarillos.

It feels like a good day to smoke my last 6-inch cigar and put my measuring tape away, knowing that everything else is a 5-incher.

Oh, that was a pretty snip with the scissors. Do I get the credit or does the cigar?

Sometimes six inches is too much. This is not one of those times. The Sancho Panza goes well with my Diet Mountain Dew. (Don’t hate me.) When I set it down to go feed She Who Must Be Obeyed (my cat), then went back to it, I resumed right where I left off with no additional flame needed. Good name, too. I’m gonna hang onto the band from this one!

I just opened a drawer and grabbed. No more strategy, just smoking.

Never try to light a cigar in front of a fan.

I was looking forward to a repeat of the Cigar #4 experience. I didn’t get it. This CAO Colombia was a fine cigar – and I’m sorry I can’t be more specific about which size – but it’s just too peppery for my taste.

Googling this cigar after the fact revealed that I used the word “peppery” correctly. I rock. I also saw that it’s bold, full-bodied, and spicy. Yep. That’s not me. Oh well. Live and learn.

I tend to be a “save the best for last” kind of guy, even when I have no idea what the best is. Am I there yet? Let’s find out.

A glance at the stash reveals that two are dark and one is not. And now for the random grab…

I got a dark one on the second random grab.

Wow, this is dark. Tastes like cocoa. Easy draw. Not too strong for a beginner like me. Crumbly at the head because (say it with me) it was a discount sampler pack. Later it adds notes of what might be leather. A well-made cigar with a flavor profile that doesn’t suit me in particular. And so it goes.

My Google snoop says that the Villazon Maduro has cocoa, black pepper, and some leather. I got two out of three. I’m getting the hang of this blind tasting thing.

I quit smoking my current go-to cigars when I began this journey. Until now. Just one. When this journey is over I’ll probably end up finding a small premium cigar with a similar profile.

I’ve never smoked anything with a creamy profile. I want to do that.

I still have the band from Cigar #4.

This ain’t random. It’s dark. If, as I suspect, I like lighter-colored brown wrappers better, I’m saving that for the thrilling conclusion of this journey.

Do you take the band off or leave it on? I know smokers aren’t unanimous on this, and I’ve done it both ways, but if you leave the band on when you smoke this Arganese I’m holding, you won’t get to the second inch. Away with the band!

This is a well-made cigar with an even draw, consistent flavor, and a solid ash. Still fresh. I set it down for a minute (more than once) and easily came back to it without needing to add flame. Pairs well with vanilla coffee, but then again, what doesn’t? Maybe I’ll be a morning smoker on weekends. I enjoyed my cigar and have no misadventures to report.

Full disclosure. I knew before I started this journey that I’d end it with either cigar #4 (Sancho Panza) or with cigar #8 (Hoya de Monterrey Excalibur), because I’ve read about both in Cigar Snob Magazine.

After this cigar, I don’t want to smoke my go-to cigarillo today.

It’s been a good day.

That was a bumpy ride, but I can use what I learned to make a more informed choice. I’ll visit my local tobacconist, which has been here since 1976, with a bit more information than “I’ve never smoked a cigar before. What do you recommend?” 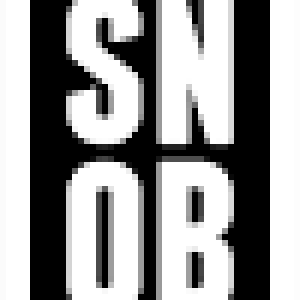