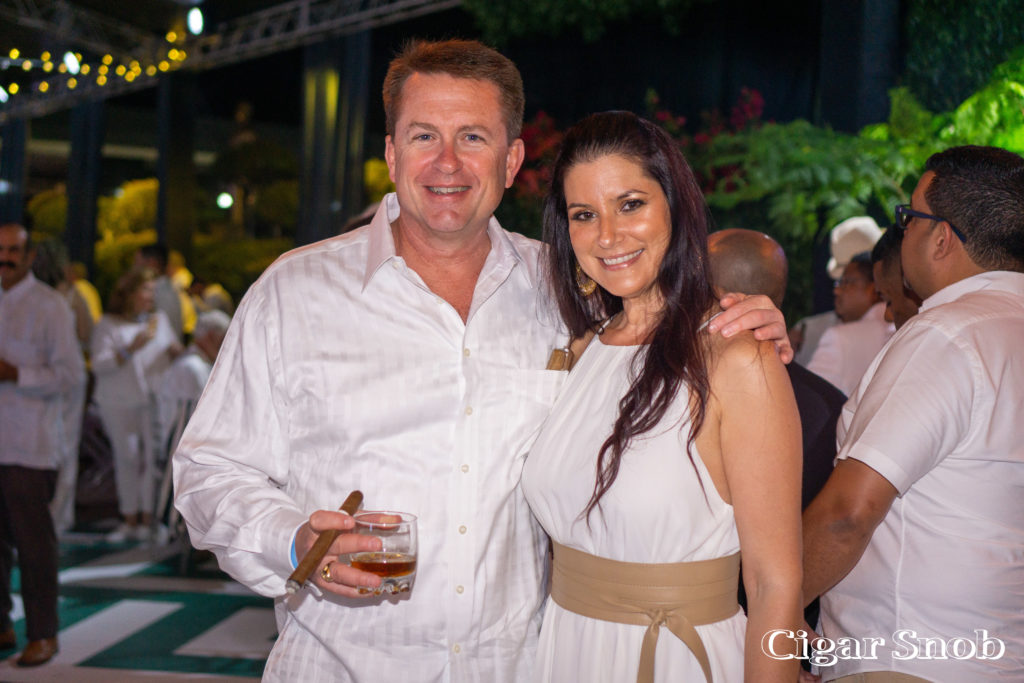 The Association of the Dominican Cigar Manufacturers’ celebrated the thirteenth installment of its annual ProCigar festival in the Dominican Republic. More than 450 guests from 20 countries were on hand to enjoy Dominican culture, music, food, rum, beer, and — of course — cigars. The event has long been the very best way for smokers to immerse themselves in the country’s tobacco industry with tours, tastings and more.

The first cigar factory tour of ProCigar takes place before guests arrive in Santiago. Tabacalera de García, which manufactures cigars distributed by Altadis USA, is located in La Romana, closer to Casa de Campo where some attendees take advantage of a resort-style getaway portion of the ProCigar experience. The tour of Tabacalera de García gives guests an in-depth look at how the world’s largest cigar factory operates, from processing tobacco to aging the finished product.

Some of the brands made at Tabacalera de Garcia: Montecristo, Romeo y Julieta, and VegaFina

La Aurora Cigar Factory is one of the most tour-ready cigar factories in the world; it has a small museum-like exhibit on the tobacco growing, fermenting, and cigar making process, and a great lounge that overlooks most of the manufacturing areas. Midway through the tour, a Dominican brass and percussion band came out of nowhere and put on a show! Afterwards La Aurora served up a wonderful lunch, a Barcelo rum tasting and cigar pairing led by master blender Manuel Inoa, and talks by Karl Malone and Guillermo Leon.

Some of the brands made at La Aurora: La Aurora Preferidos, La Aurora ADN Dominicano, and Karl Malone Barrel Aged

The festival’s welcome dinner party was held at Santiago’s Parque Central (Central Park). Although the festival starts in Casa de Campo several days earlier, the majority of guests start the festival here in Santiago.  The dinner highlighted Dominican fusion cuisine, today’s Dominican food scene is influenced greatly by international chefs who take Dominican dishes and give them an international twist.

Dinner was followed by one of the evenings highlights, a dancing contest – specifically merengue dancing — in which the winner was awarded, you guessed it, more cigars.

Klaas Kelner rode with the group to the Davidoff factory and offered a brief history of Davidoff along the way. Upon arrival, we were greeted by a traditional Dominican folkloric dance and coffee — always a good pairing. Klaas led the group on the tour, it’s always a little mind blowing to think that all of those Davidoff cigars you see all over the world come from the hands of the artisans sitting at these tables. Even more exciting was the fact that we were each given a cigar that had been blended especially for this moment by the one and only Eladio Díaz.

Some of the brands made at Davidoff: Davidoff, Winston Churchill, Avo, and Zino Platinum

Is it even allowed to have a cigar festival without a night that has an all-white dress code? This year’s party, like so many others, was hosted at Santiago’s Monumento a los Héroes de la Restauración on Thursday, February 20. Attendees enjoyed great food, drinks, music and company in a one-of-a-kind setting with a spectacular view of the city of Santiago de los Caballeros. Guests also took home a unique sampler of cigars featuring products made by various ProCigar member manufacturers.

This event was the first of its kind — a new addition to the ProCigar schedule. Attendees had the opportunity to attend a Procigar Members Field Day, which was specifically designed for one on one interactions and elbow-rubbing between cigar industry personalities and the consumers in attendance.

The afternoon also included a rum and cigar pairing with Brugal 1888 and a smoking contest put together by the International Association of Cigar Sommeliers (IACS).

Every ProCigar is capped by a gala at Santiago’s Centro Español, a private Spanish Club founded in 1965. Guests were welcomed with a special box of cigars before a great dinner and live music. The night’s main event was a live auction in which Manolo Quesada and Michael Herklots take on the role of auctioneers and sell items to benefit two area charities. Among the items that fetched thousands of dollars were a special Saga humidor and the original painting by Fabian Barrantes that has been reproduced on a previous night’s commemorative cigar box.