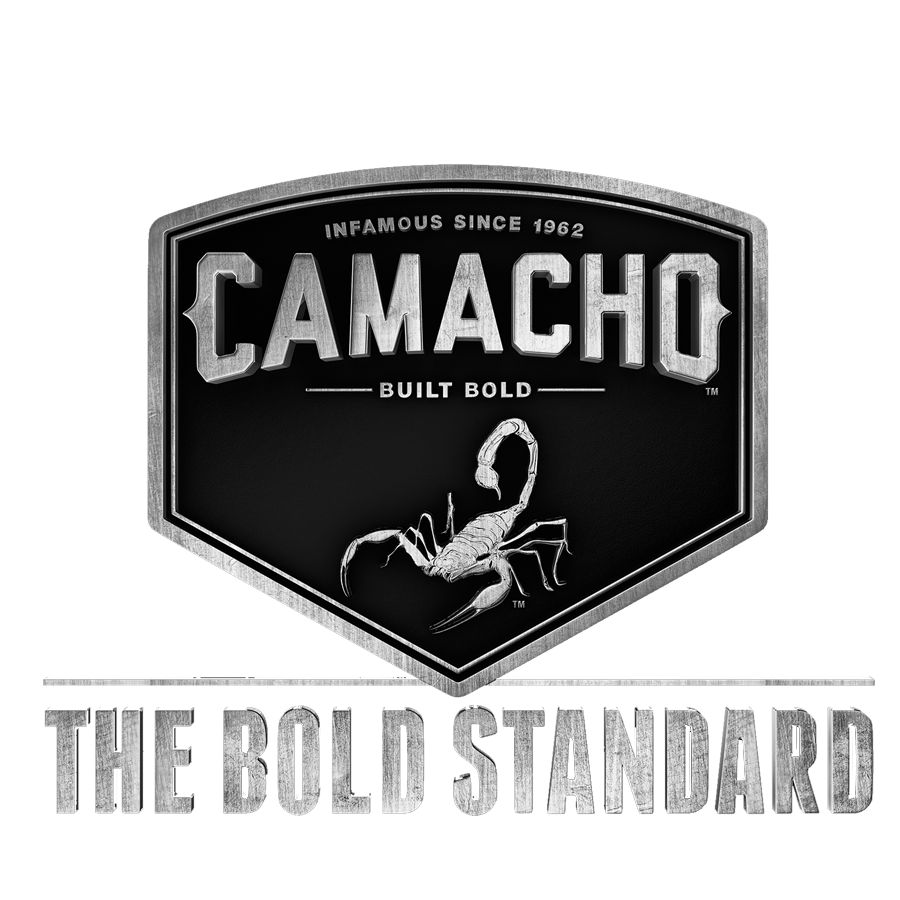 PINELLAS PARK, FL (JANUARY, 21 2015) –– Camacho, the worlds leading brand of bold cigars, is returning focus to its flagship Corojo line under a new campaign called “The Original Bold Smoke”, which officially kicks off on February 1st. Over the years, Camacho Corojo has been honored by industry publications with dozens of 90+ ratings, including numerous “Top 25” acknowledgments, since its launch back in June 2000.

Two new line extensions will accompany the launch of “The Original Bold Smoke” campaign, which are set to ship nationwide throughout the month of January. The new Corojo Gordo (60 x 6), the most popular format and bestseller under the Camacho brand, began shipping on January 15th and the new Corojo Robusto Tubo 20’s, which will begin making their way to stores on January 27th.

To coincide with the launch of these new formats, Camacho is running a nationwide promotion for Corojo, which will be available at hand-selected retailers, both on and offline. From February 1st until April 30th, any aficionado who purchases a box of Camacho branded cigars at a participating retailer will receive a taster pack of four 90-rated Corojo robusto cigars.

“Original Corojo sits at the heart of everything we build under the Camacho brand. It is a core component that roots our brand back to its storied Cuban heritage and what gives our cigars the unique intensity that aficionados across the globe have come to love. Many industry experts have compared our Camacho Corojo to the legendary cigars of Cuba’s heyday,” said Dylan Austin, director of marketing for Camacho.

Camacho will also be hosting 35 in-store events and over 70 consumer education seminars across the country, all centered on the legendary Corojo story.

Original Corojo: From Cuba to Camacho

Original Corojo has had quite the fabled past. First developed in the 1930’s and 1940’s at the famed “El Corojo” farm by Diego Rodriguez, the Corojo seed came to be while looking to improve the quality of Criollo crops. He did so by crossing Criollo with a strain from Sumatra. The resulting seed, Original Corojo, was to establish itself as the exclusive wrapper grown for Cuban cigars since 1948. The development of Corojo restored order in a mosaic of tobacco seeds that had prevailed since the end of the 19th century and came to be known as the finest tobacco ever grown in Cuba.

Since its development and through the Cuban revolution, the famed Corojo seed thrived and continued to gain global notoriety. It was until 1978, when a widespread devastation of blue mold hit the island, that the story of Original Corojo and tobacco in Cuba begins to take a different course. After the attack of ’78 – ‘79, the Estacion Experimental del Tabaco (San Juan y Martinez) begins to develop disease resistant hybrids, 208 new strains to be exact. However, only two made the cut and are known today as Havana 92 and Havana 2000. With new hybrids in hand, Cuba bid farewell to the famed seed and in 1996 the last crop of Original Corojo touches Cuban soil.

Cuba’s famed seed was smuggled off the island and taken to a remote farm in the rugged and dense jungle of the Jamastran Valley in Honduras, where Original Corojo is still grown today. Cuba’s legendary taste, preserved and protected for over 40 years, can still be experienced in its purest form by reaching for a Camacho Corojo. Through the painstaking work and uncompromising values of those who continue to preserve and protect the Corojo seed, Cuba’s original bold smoke continues to live on.

To discover more on the Corojo legend, please visit camachocigars.com.